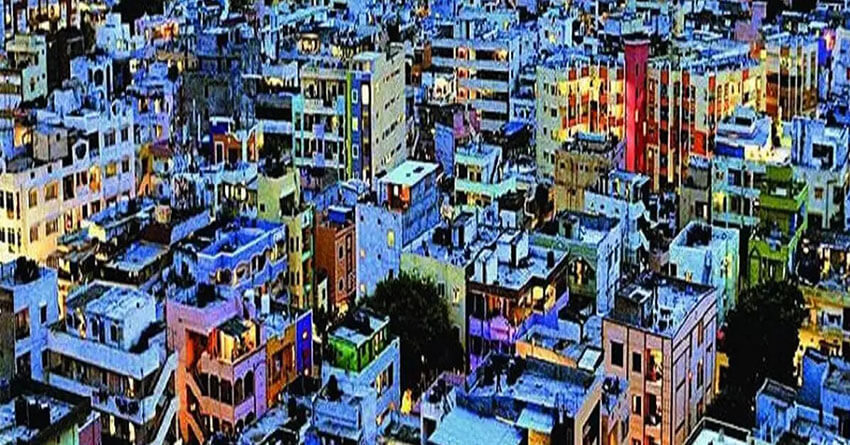 HYDERABAD: Flashy lights and high intensity outdoor lights, including LEDs, have earned Hyderabad the dubious distinction of being the brightest city in the country, according to a research paper published in the peer-reviewed ‘International Journal of Advanced Research’. Result: Sleep disorders and other health risks such as obesity, depression and diabetes in humans. It affects nocturnal animals too.

The researcher studied satellite maps of eight cities to measure brightness of the night sky between 2014 and 2017. Radiance of these cities revealed that light pollution in Hyderabad, New Delhi, Chennai, Mumbai and Ahmedabad had increased by 102.23% during 2014-2017.

“Excess artificial light or light pollution is one from the specific destructive disorder like over-illumination, glare, light clutter, sky glow and light trespass that harms the living kingdom,” the researcher said, adding the ratio of natural radiance to artificial one has increased substantially in Hyderabad.

While light pollution does not raise alarm that air or water pollution does, the paper warned that Hyderabad has lost its night sky, posing health risk for denizens. Excessive lighting in outdoor areas could cause a lot of glare and impact visibility of drivers and pedestrians. “Although LEDs are being promoted as an environment-friendly option, they are harmful for humans. Long-term and excessive usage of LED lights can result in disturbance in vision and people may find difficulty in appreciating colours,” said Dr Jyotsna Myneni, ophthalmologist at KIMS Hospital.

“Light pollution causes physiological stress on bats among other nocturnal animals. Due to street lights and ambient light coming out of industries and residential areas, nocturnal animals are not travelling too far due to light shyness,” said Srinivasulu Chelmala, professor of zoology, Osmania University, and a wildlife biologist.

To curb light pollution, reseacher Siba Prasad Mishra said, “It is high time to monitor the radiance, artificial pollution and appropriate steps to ameliorate the LP by framing legislation.” 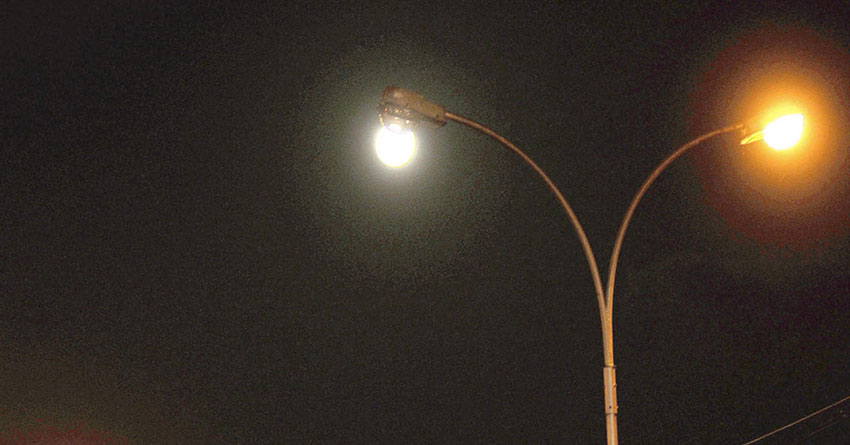 TOI reported that in Ambattur more than 500 street lights were set up on land without proper roads. As per rules, street lights should be set up on approved layouts and where roads have been laid by the corporation. Similar violations were noted in Manali, Thiruvottiyur, Madhavarm and Alandur. TOI visited Muthamizh Nagar, Mookambikai Nagar, Gnanamurthy Nagar and areas adjacent to the Korattur lake in Ambattur zone where eviction took place. Most of these plots belong to PWD, municipality, panchayats and are designated poromboke land, unapproved layouts as per revenue documents. Corporation set up 17,300 street lights for ?80cr under the KfW5 scheme.

Superintendent engineer (electrical department) R Vijayalakshmi said their inspection found some street lights on unapproved layouts. “However, we didn’t find any street lights outside the corporation limit. We are still working on the report. We will submit it to the commissioner on Thursday,” she said.

Deputy commissioner of police Pankaj Deshmukh (traffic) told TOI, “There are complaints from the public that they face hardships in crossing zebra lines because motorists jump signals at traffic junctions. There are also complaints that the zebra lines are invisible or partly visible in various parts of the city.”

Deshmukh said, “We decided to tackle this problem and took a call to install LED strip on the stop line at traffic signals at Budhwar Peth chowk near Shrimant Dagaduseth Halwai Ganapati Trust and Natraj Chowk on Junglee Maharaj Road on an experimental basis. The chowks were selected because they register huge number of footfalls at peak hours.”

He said, “We got the idea of installing the LED strip lights after a video on its successful implementation in Chennai, Hyderabad, Telangana and other places became viral. We have placed an order with a Coimbatore-based private firm for installing the strip lights, costing Rs4.75lakh, at the two chowks sometime next week.”

“If the project is successfully implemented at the chowks, we will request the Pune Municipal Corporation to execute the project in various parts of the city under the Smart City Mission,” he added. 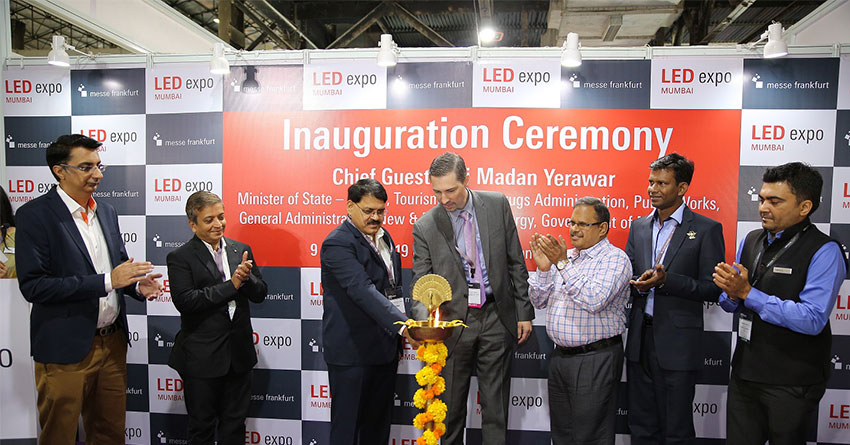 NEW DELHI: The LED industry in India is majorly focusing on solar and smart lights, highlighted the recent edition of LED Expo Mumbai 2019.

The 20th edition of the exhibition saw 21% growth with 295 exhibitors, attracted 10,221 business visitors indicating a 6% surge from its previous visiting count.

Raj Manek, executive director and board member, Messe Frankfurt Asia Holding said. “As the country moves levels ahead in the LED revolution, I am happy to say that LED Expo Mumbai 2019 has once again proved to be a pioneer business hub for the development of this technology in India.”

SK Marwah, senior director, Electronics and Information Technology, Government of India said, “This industry in its own way is contributing to the sustainable environment. A new national policy in electronics has been chartered out which has special focus on the LED sector because of its obvious advantages. We want to invite all the global manufacturers to set up their base in India. India today, offers an excellent environment to LED manufacturers.” 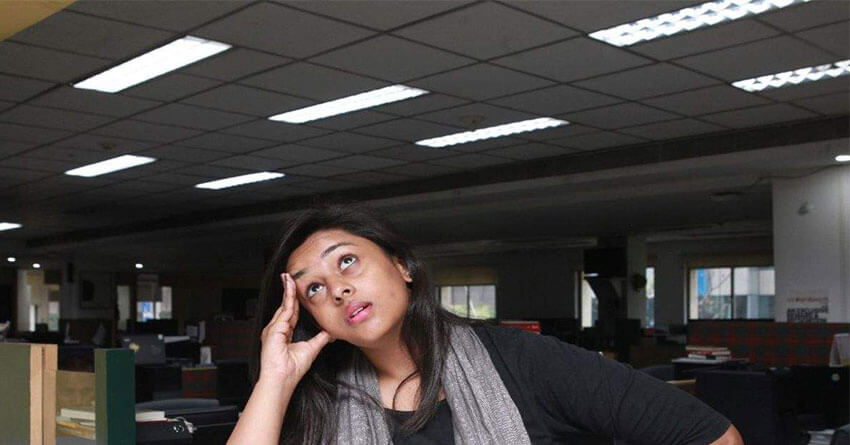 Is your pocket-friendly and energy efficient LED light affecting your health? Yes!

LED lights are easy on the pocket, since they are energy efficient, but there is a down side to using them. Spending long hours under LED lights and bulbs can lead to serious health implications, such as migraines. A March 2019 indicative study by a laboratory based in Delhi, titled Impact of Flicker in LED lights on Human Eye and Health in General, suggests that “exposure to flicker emitted by LED light leads to poor eye health, and its prolonged usage may cause significant problems to human health”. In the study, respondents were exposed to five LED lights from leading manufacturers in the country over a number of days. At the end of nine days, it was found that close to 40 respondents who were exposed to the light complained of headache and eye strain, which was not attributable to any other physical factors. Also, 24% of the total respondents felt stressed, while 22% of respondents felt anxious.

Even low frequency has negative effect on human beings

The key observation made by the study was that respondents who were exposed to the light with the least flicker rate got fewer headaches when compared to those exposed to a high flicker rate. According to US Institute of Electrical and Electronics Engineers (IEEE), the healthiest light is one that does not flicker, like the natural daylight . Even a frequency of 100-400 Hz, at which many LED luminaires operate, has negative effects on people, especially on the human eye. Studies have also reported that children are more vulnerable than adults to flicker-induced ill effects. Flicker in certain industrial settings can cause performance issues, and even accidents. Factors that make flicker worse are the longer duration of exposure. “It is difficult to pinpoint, but, yes, bright flickering lights can trigger migraines, and result in fatigue and stress. I see a lot of cases, in which the migraine is not of the classic case, but one associated with bright lights, either from LED lights at the workplace or that emitted from computer screens,” says Dr Dipali Prabhu, an ophthalmologist. “They increase the risk of cataract and age related macular degeneration which is a vision threatening condition. LED lights emit the short wavelength blue light which damaged the retina . So, it’s important to take care while using TV computer mobile as all these have led back light,” says Dr Shalini M, an Opthalmologist.

Manufactures blind to ill effects due to production costs

Despite being aware of this, why are LED lights being manufactured and used on a large scale? An R&D researcher working at a LED manufacturing company, who does not wish to be named, says, “Manufacturers are aware of the harmful effects of the flicker in LED lights, but not much is being done, because of the cost of manufacturing. Adding an extra circuit to control flicker or remove it from lights and bulbs is costly and requires expertise, which all adds to the cost of production. There is no control on the manufacturing of such lights, so the government needs to set standards and control the sale.”

Elaborating on the control required for the manufacture of such lights, Dr Chandrakant S Pandav, a public health expert, says, “Artificial lighting is an integral part of our lives. We spend an average of 10-12 hours under these lights, and with the government promoting LED lights, it is important that they meet the photobiological safety standards prescribed internationally. This is more so because LED lights available in the Indian market have a very high flicker rate that is harmful for eye health.” Talking about control, Dr Harbans Lal, a Senior Ophthalmologist adds, “Unfortunately, there are no standards in India and most LEDs have flicker rate of anything between 40% to 80% much higher than the California benchmarks.”